An amazing day for us on Willunga Hill today, though not quite the result we were hoping for.

We got to Willunga early and strolled along the climb which would define the day’s racing. The views down the valley were pretty special: 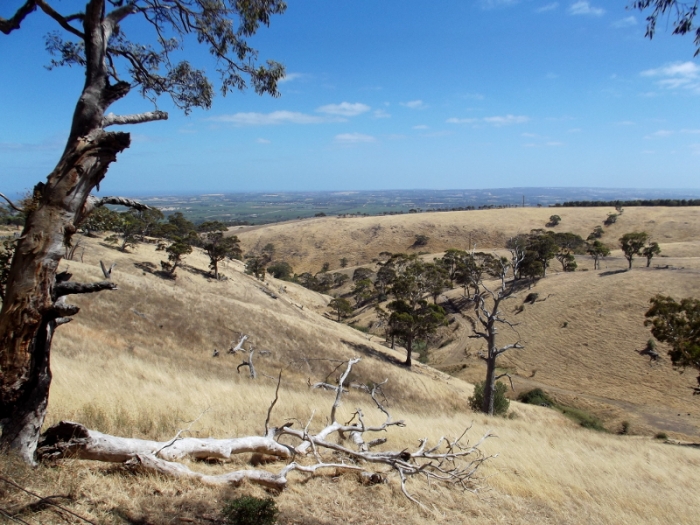 Local landowners had put in some effort too:

By the time the breakaway hit the climb, led by Jens again, the road was thick with spectators: 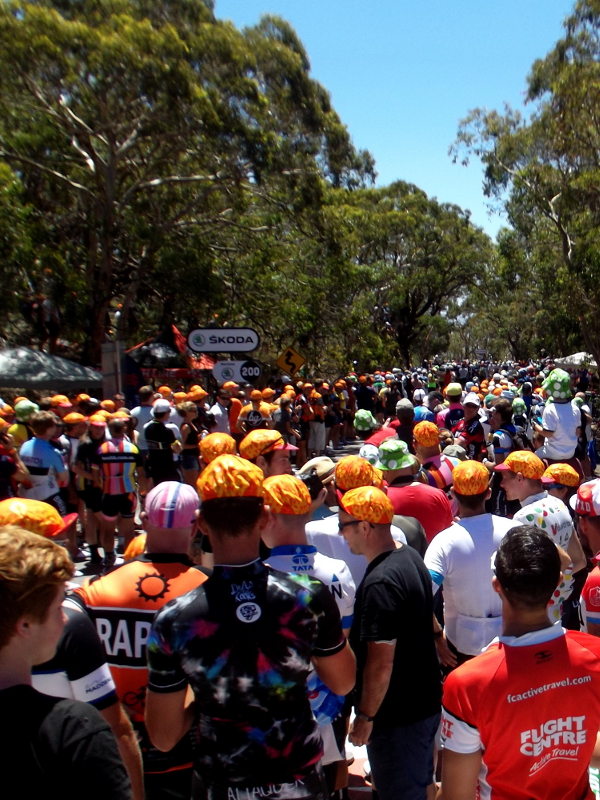 I put the camera away, thinking I’d be lucky to even get a glimpse. The breakaway shot past, Jens took the KOM and then the peloton burst through a moment later at an angry pace.

With the riders through, the crowd dispersed back on to the road and we managed to squeeze in behind one of the barriers, closer to the KOM line: 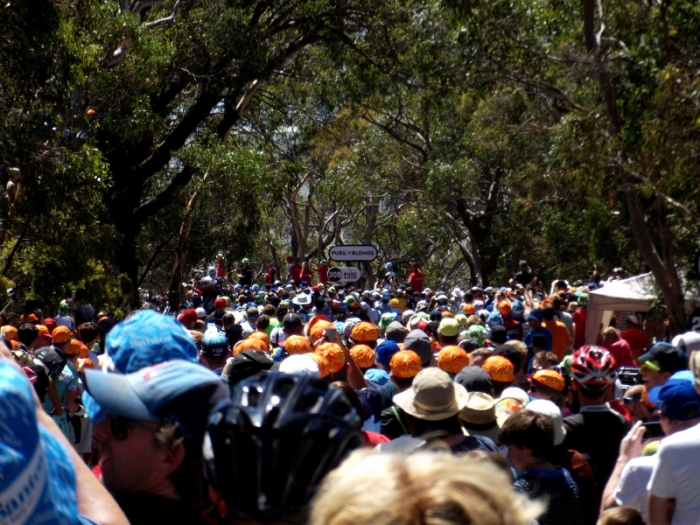 Silence fell across the crowd as the approach of helicopters marked the leader’s progress up the hill:

Porte flew past for the win:

The chasing riders came past and it wasn’t clear to us what was unfolding, but in the end Cadel lost GC to Gerro by a single second.We were disappointed for Cadel, but the day was a buzz and Jens’ awesome attacks were a happy stand out. As Jens came past us with the gruppetto he punched the air – he’d said farewell to the TDU in his retirement year with style and he knew it.

The crowds were huge. Over the PA they announced there had been 600,000 spectators for the first four days. There were tens of thousands just at Willunga today.The final stage tomorrow, and our last day in Adelaide.

I’ll post a wrap in the evening, or Monday morning.